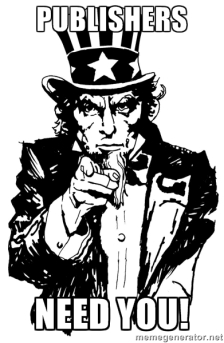 Last week I posted about ten ways to get hold of academic literature from outside the academy. I also questioned the ethics of some of the methods I suggested. This week I’m talking about that in more detail.

Publishing is, on the whole, a money-making enterprise. Most academic publishers, or their parent companies, are very wealthy organisations. Writers see very little of this wealth. For every JK Rowling, there are thousands of writers earning tiny amounts from their writing. The median income of writers dropped by over 50% between 2000 and 2013, and was reported in that year as £4,000. I aspire to reach those dizzy heights. Last year I grossed almost £1,000 from writing. I spent nearly that much, too, buying reference books and funding my new self-publishing business. I’m hoping 2016 may be the first year when I earn more from writing than I spend on my writing.

As a writer who needs to earn money, I felt uncomfortable, last week, about advising you to look online for cheap second-hand copies of books. However, as a frequently rather skint person, I know how useful cheap second-hand books can be. I buy new books when I can afford to, though I always check the book price comparison site bookbutler first (and before you tell me I should buy from bookshops, I do when I can, but the nearest one is 15 miles away and doesn’t stock any academic books). Bookbutler is available in other countries too, and seems to index just about everywhere except eBay which is also worth checking. Some bookselling sites are independent, such as Wordery or Alibris, so I try to use those rather than the mammoth monopolies. And if I buy a book second-hand, I aim to do something else for the author, such as write a review online, promote their work on social media, or download an affordable e-book they wrote.

I don’t feel so worried about ethics where journal articles are concerned, because academic publishers generally make a load of money out of university library journal subscriptions (have you seen how much they cost? It’s eye-watering!). I know that the academic publishing business is getting more competitive, like everything else, with the recession requiring all expenditure to be thoroughly justified. But even so, I’m on the editorial board of a journal (unpaid) and I write articles for journals (unpaid) so I figure the least the journal world can do is let me have some pdfs now and again.

But I am very worried about the move to open access. Yes, it’s great from the reader’s point of view. But what about the writers? There are now many journals in which I can’t afford to publish. This doesn’t only affect indie researchers; university publishing budgets are limited, so junior academics may struggle. And it applies to books as well as journals. Recently De Gruyter Open, a reputable academic publisher (not the desperate kind I’ve written about before), emailed to ask whether I’d like to publish a book with them at a cost of only 10,000 euros (approx £7,000 or $14,000). I don’t have that kind of money lying around – and if I did, I could think of lots of things I’d rather do with it than pay to publish a book which the publisher will then charge people to buy.

I don’t know how we got to this point because publishers need writers to survive. Not the other way round – especially not in these days of self-publishing entrepreneurship. Maybe it’s because some people think publishers are doing them a favour by publishing their work. If you’re one of them, undelude yourself immediately!

Another arena where I think (some) publishers are shafting authors is in royalties on e-books. This is an area where publishers could give authors a really good deal without damaging their own profit margins. Royalties on hard copy books are usually in the range of 10-15% – i.e. authors earn just 10-15% of the sale price of books, depending on whether they’re hardback or paperback, and on how many copies have sold (for example, some deals are e.g. 12.5% on the first 2,000 paperbacks, 15% thereafter). This is because publishers have to bear significant costs associated with hard copy books, such as printing, warehousing, shipping, and pulping. These costs don’t apply to e-books, which only require a day or two for a distribution professional to format and upload. Therefore publishers could easily give authors royalties of 50%. But on the whole, they don’t, unless you negotiate hard (negotiate, people, negotiate! Remember, publishers need you!).

I chose my own publisher for their ethical stance. Policy Press is a non-profit-making organisation with a commitment to social justice. They have treated me fairly and I would recommend them to anyone wanting to publish in the fields they cover. I also have a lot of time for the Committee on Publication Ethics (CoPE) which raises awareness of, and works to support, the ethical publication of academic journals. But all its work is directed to internal ethics: ethical peer review, challenging suppression of results, handling fraud, and so on. This is important and I’m glad they are doing it. But there is a real need for more awareness of, and some challenges to, the unethical aspects of academic publishing on the macro level.

3 thoughts on “Ethics of Academic Publishing”