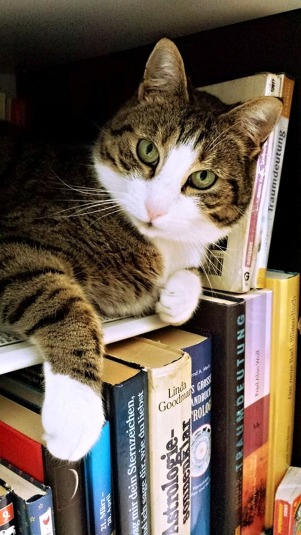 In the course of my work I read a lot of academic articles, chapters, and books. This means I sometimes make surprising discoveries. For example, last weekend I was reading an article by, I’ll call the author McGonagall, who, in the course of developing her argument, claimed that topic X had not been identified as relevant to the development of field Y. I had another article already open on screen by, let’s say Trelawney, published four years before McGonagall’s article, which explicitly identified topic X as relevant to the development of field Y.

So McGonagall claimed to have found a gap in the literature, but in fact that gap had been filled four years previously. I wonder how often this happens?

Both Trelawney and McGonagall had written articles that, for me at least, were worth reading and helpful for my work. I ended up citing them both. If McGonagall had found, and cited, Trelawney’s article, that would not have invalidated her own contribution. This made me wonder whether it’s time to rethink the way we mark our territories in scholarly work. For a while now I have been quite careful with these kinds of claims about what exists in the literature. I explicitly take responsibility, and so use formulations such as ‘To the best of my knowledge there is no previous work on…’ or ‘I have been unable to find any discussion of…’ rather than asserting that such work or discussion doesn’t exist. After all, there is far too much literature out there these days for anyone to be confident about what has or hasn’t been covered. And saying something doesn’t exist – at least, saying it in English about literature in English (which is the only language I read) – has imperialist overtones in its refusal to acknowledge the possibility of scholarly work in other languages.

Also, a gap in the literature is not the only thing scholars need to address. Perhaps you want to write on a topic where there is already a sizeable body of literature. If so, then make a rationale for writing from a particular time, or place, or standpoint, or theoretical perspective. And keep it simple. Probably nobody has written a Queer-Framed Bourdieusian Gaze On The Post-Feminist Praxis Of Shed Construction In Huddersfield Using An Extended Baking Metaphor and there’s a good reason for that. Several good reasons, in fact.

Rather than filling a gap, what can we add that has value? Figuring out the contribution your work makes is likely to help motivate you to get the words down. Also, it should help you to convince editors and reviewers that your work is worth publishing. People often don’t like to think of it this way, but it’s a sales pitch. Even when no money changes hands directly, publishing is a commercial exercise; publishers, even non-profit publishers, have to make a surplus to stay in business. And if you’re self-publishing, you want people to read your work, right? So you have to sell it – even if you’re giving it away. I suspect the old ‘gap in the literature’ claim is losing force in today’s market. It’s time to think up other claims, preferably ones we can legitimately make. Have you come up with any good ones? If so, please share them in the comments.

This blog, and the monthly #CRMethodsChat on Twitter, is funded by my beloved patrons. It takes me at least one working day per month to post here each week and run the Twitterchat. At the time of writing I’m receiving funding from Patrons of $44 per month. If you think a day of my time is worth more than $44 – you can help! Ongoing support would be fantastic but you can also make a one-time donation through the PayPal button on this blog if that works better for you. Support from Patrons and donors also enables me to keep this blog ad-free. If you are not able to support me financially, please consider reviewing any of my books you have read – even a single-line review on Amazon or Goodreads is a huge help – or sharing a link to my work on social media. Thank you!

15 thoughts on “Mind The Gap In The Literature”