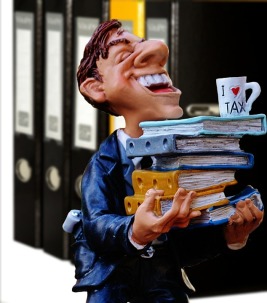 Now and again, I come across an academic bureaucrat who wants to help people find ways to solve problems. More often, sad to say, I encounter jobsworths for whom ‘the system’ seems to be all-important. I know my colleagues in academia expend a lot of time, effort, and frustration on their interactions with academic bureaucracy. This can often get in the way of what should be simple, straightforward transactions, such as paying people for work that a university department needs – or paying people for work they have already done.

I was recently asked, by a Professor of my acquaintance, to teach a research methods module for his doctoral students. The Prof explained that this would involve one day of teaching per month for six months. I agreed to do this, and to accept the university’s sessional teaching rate rather than charging my usual, considerably higher, day rate, because his budget was limited. I figured the work would be interesting, something new on my CV, and I knew he really needed my help. But then, when we’d already had a planning meeting, the bureaucrats said I had to join the payroll, to become a part-time employee of the university, rather than invoicing for my work in the usual way. One day per month is nowhere near even a 0.1 post, and the work this would have caused my accountant – and the resulting costs to me – made it completely uneconomic to take the job. The really bizarre part is that I had worked for this university before; I was set up on their system as a supplier; and I had done tasks of longer duration for which I had invoiced and they had paid quite happily. There seemed no sense in their refusal, and I know the Professor pleaded – it made his life particularly difficult as the refusal came so late in the day. But they were obdurate. So he had a more demanding and stressful semester, and his students didn’t get the benefit of a different teacher.

Some months ago, an academic I had never heard of contacted me out of the blue to ask me to take up a Fellowship at her department. This was a comparatively new department, set up with millions of pounds of funding from a research council, at a university that is in excellent financial health. They are doing interesting work, but I said a polite ‘no, thank you’ because they were looking for a significant time commitment and I don’t do unpaid work for wealthy organisations. She had a chat with the head of department, and emailed to say they could pay me: not my usual day rate, but an amount worth getting out of bed for. If I was still interested, she said, I should seek a sponsor from among the department’s staff, all of whom were aware of the sponsorship scheme for the department’s Fellowships and would understand that their primary role was to help with the bureaucracy. The first person I approached said they had never heard of the sponsorship scheme, which was embarrassing, and – when he realised about the bureaucratic requirements – decided he didn’t want to sponsor me. The second person didn’t reply to my email; the third replied enthusiastically saying ‘yes of course, carry on’, so I emailed again explaining about the bureaucracy, and heard no more. With the fourth person – someone I knew slightly from other arenas – I struck lucky: being fairly senior in the department, they actually did know about the sponsorship scheme and what it entailed, and they were enthusiastic about working with me. However, after a few days, that person emailed me and said oops, sorry, actually we can’t pay you after all, there’s been a problem with the bureaucracy. So that was several months of effort down the drain.

It’s not only independent researchers who are at the sharp end of this kind of bureaucratically induced misery, but also casual staff. An academic who I met online recently had a problem with a post-doc who was working for him and had employed a research assistant. The RA started work very late in the contract, which was partly due to bureaucratic difficulties, and ended up working more hours after the end of the grant period so they were owed money. In the meantime, the post-doc had moved to a second university, with another grant which included funds to pay the RA. However, the second university would not issue a contract because the amount of money concerned was too small, while the original university would not raise an invoice without a contract. So the RA ended up having to invoice the second university themselves. That meant the RA had to declare those earnings as self-employment for that tax year, with all the attendant hassle of completing a self-assessment form: a classic example of bureaucracy generating bureaucracy.

These are just three sad and sorry cases of bureaucracy impeding effective academic work. I am sure most, if not all, of my readers will have their own examples to share. I know it doesn’t have to be this way, from work I have done with universities where bureaucratic systems have supported and enabled, rather than obstructing, academic work. Perhaps that’s why I, and others I know, find bureaucratic impediments so very frustrating. We know they don’t have to be there – but they are there, and at times, for unfathomable reasons, they’re insurmountable.