As the end of the financial year is imminent, it seems a good time to talk about money. Turns out I had a bumper year in 2015/16: my company made a profit of over £36,000. That’s the most this decade. Part of the reason was I won a good-sized research contract, which is the first time that’s happened in this decade. I won a lot of work in the 2000s, and did a fair bit of sub-contracting too, but since the change of government in 2010 I’ve mostly been the sub-contractee. Which is fine by me, actually; it’s a lot less hassle, and I like working in teams.

When you run your own business, one year’s profit doesn’t tell the whole story. You need to look at the last five years to get a sense of where you’re at financially. My worst years were 2011 and 2012, and those are now receding into the distance, thank goodness. Here are my profit figures for the last five years:

The profit on a business does not constitute your income, because you have to pay tax. I’m happy about this because I appreciate the public services that taxes fund (though I wish more would be spent on schools and hospitals, and less on armaments and wars, but that’s a discussion for another time). Here’s the tax I’ve paid on the profits above:

This is corporation tax, not income tax. I also pay tax on my income, but nowhere near as much, because my income is quite small. My income tax is usually a few hundred pounds (I would give the actual figures but I haven’t kept records).

To really get a sense of the full story, we need to look at the averages of these figures. The average profit my business has made over the last five years is £17,862, and the average tax I’ve paid over the last five years is £2,491. So, on average, I’ve had a surplus of around £15,000. From this, I have to put money aside for business expenses such as professional subscriptions and training/conference costs (so now you probably understand why I am rarely able to pay for conferences). Then I can give myself an income.

Through 2011-13 I paid myself very little from the business, but since late 2013 I’ve been able to pay myself £1,000 per month. This provides me with a comfortable living, mainly because I’ve paid off my mortgage, don’t have children, do have a partner who earns a similar amount, and am happy to live fairly cheaply.

It’s strange to see that the odd numbered years are less lucrative than the even numbered years. If I wasn’t a fan of empirical methods, I’d probably start reading something into that, especially as 2017 looks set to follow the pattern.

I’m sure some independent researchers make more money than me, and I’m equally sure others make less. I could probably earn more if I chased work harder, but I like writing books. This means that as long as I have enough work to keep me going, I don’t chase mo 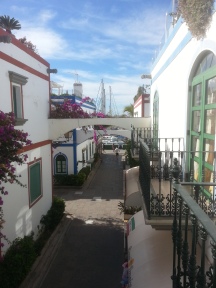 re work, instead I spend my time writing. And the books are beginning to yield something of an income, after six years of hard graft; I can now rely on a four-figure sum arriving each year, and that’s a month’s money, maybe two months this year if I’m lucky.

We don’t talk about money much, but I think we need to, because this is the reality behind our high day rates. I’m not complaining, though; quite the reverse. I feel very lucky that I can support myself by doing the work I love. And I can even afford holidays. Right now I’m in the Canary Islands having a wonderful time, and not missing the British March weather at all!