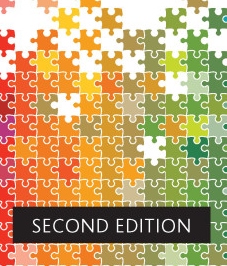 Well, whaddaya know? You wait ages for someone to show you a book proposal, then two come along together. Three, in fact, as there are two book proposals for you to download from this post.

A couple of weeks ago I wrote a post on this blog which included a link to download the book proposal for my second research methods book, Creative Research Methods in the Social Sciences: A Practical Guide. Since then, the second edition of my first research methods book has been published.

I’m fond of this book. It took me five years to come up with the idea of writing a research methods book for busy people who are trying to fit research in around their jobs, families, hobbies, and generally their whole lives. Then it took me another 18 months to write. The first edition had good reviews and one of the great satisfactions about producing the second edition, for me, is that I know it’s an even better book.

So here’s the proposal for the first edition of Research and Evaluation for Busy Students and Practitioners: A Time-Saving Guide which I wrote back in 2011. You may find it interesting to compare with the proposal for my second research methods book which I posted a couple of weeks ago. One difference is that in the first book proposal I had much more idea about the content of each chapter than I did in the second. Counter-intuitive, right? It’s because they are very different books, drawn from different information sources, for different audiences (though I know some people have used and valued both).

Every book is a slog to write, there is no way around that. Luckily for me, it’s a slog I mostly enjoy. Also, each book seems to be a different kind of slog (at least, so far). The first book involved writing down everything I knew, looking to see where the gaps were, and figuring out how to fill them. The second book involved investigating a load of stuff I wanted to know about, then working out how to make it into a book. The third book, on research ethics, which I’m writing now, is involving more hard thinking than both the other two put together.

Producing a second edition is a slog, too, but it’s a much shorter slog. More enjoyable for me, too, as the part of book writing I like best is the part after the first draft has been churned out, where I have my raw material to mould and shape it into the best book I can produce. I did have to write one new chapter from scratch for the second draft, plus a few new sections, but even so, most of the work was the moulding-and-shaping kind.

If you have one or other edition of the book, you may like to compare the relevant proposal with the finished product. You’ll see that there are changes between one and the other, which demonstrates that the proposal is not inflexible.

When my research ethics book is published, which should be some time next year, I’ll post the proposal for that one too.