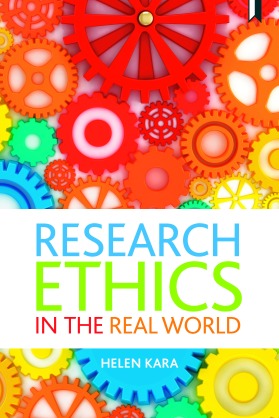 My book launch was yesterday afternoon, and it was a peak experience – I’ve written about these before; they don’t come along often. I gave a free seminar on research ethics at City University in London, which was well received, and my lovely publisher kindly put on a wine reception afterwards. It was an amazing night with friends old and new making up an attentive audience who asked insightful questions. I had so much fun I forgot to take any photos!

I am absolutely amazed that, just a week after publication, this book already has two five-star reviews online. That is unprecedented in my experience. And no, they’re not by people I’ve paid to write them, or by my Mum – they’re by genuine readers. One review is on Amazon and says ‘New researchers and seasoned academics can learn much’ from the book, and also describes it as ‘an enjoyable read’ (that was my favourite part!). The other is on Goodreads and describes the book as ‘an invaluable resource for the researcher’.

Of course these are very pleasing reviews, but that’s not all they are. The time between publication and first reviews is always quite nerve-racking for an author. I know that aspects of this book are controversial. Some of the typescript reviews were very negative, and I’m not expecting all of the book reviews to be positive either. So it is a huge relief to me that the first reviews, at least, are favourable.

My book is properly out in the world now and I’ll stop banging on about it after this – but honestly it has dominated my life for the last couple of weeks and I really haven’t had anything else to write about! Normal service, as they say, will be resumed next week.

4 thoughts on “Book Launch And Reviews”