An earlier version of this article first appeared in Funding Insight in summer 2016; this updated version is reproduced with kind permission of Research Professional. For more articles like this, visit www.researchprofessional.com. 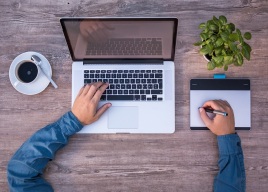 For a start, indie researchers have more time to think than university staff, because they don’t have to tangle with bureaucracy and time-consuming internal meetings. Their fresh perspective can be useful to help disentangle problems that seem entrenched, or simply to provide a different view of a situation. Also, they are not limited in what they work on by managerial directives or departmental policy. Therefore an indie researcher is unlikely to have the depth of knowledge in any single subject of a professor who has spent decades studying one area. However, they are likely to have a broad working knowledge of several related areas, and the ability to bring themselves up-to-date fast in any area they haven’t worked on for a while. This flexibility can be very useful for an academic department in a number of different ways. Three main ones are: as part of a team on a funded research project, to augment your teaching programme, or to fill gaps in your capacity.

Allocating time and costs for an independent researcher within a funding bid sends a positive message to funders. It shows that you are thinking beyond the walls of the academy and taking a creative approach to your bid. Also, any credible independent researcher should be willing to put in some unpaid time up front, perhaps to write a section of the bid or to give feedback on a draft.

Generally, though, you shouldn’t ask indie researchers to do unpaid work beyond an initial getting-to-know-you meeting and proportionate input on funding proposals. If you do want or need them to do further unpaid work, think about what you can offer them in exchange, such as use of your library, an honorary position with access to paywalled journals, or free use of meeting rooms. Most indie researchers are open to barter as long as you can offer something that is of value to them. What won’t be of value to most indies is ‘exposure’ because in these days of social media we can all expose ourselves.

Indie researchers’ day rates look high, but at times they go for weeks or months with no paid work, and they have none of the benefits of employment such as holiday pay or sick pay or conference budgets. For example, I charge universities £800/day for teaching, £400-$600/day for research work I can do from my office. Last year I was able to pay myself £17,000 – around one-third of what I would be taking home if I’d spent the last 20 years in academia. There are other compensations to the indie lifestyle so this is not intended as a sob story. But it’s surprising how many intelligent people still think ‘high day rate’ equals ‘rich person’.

You need to recognise that indie researchers are not in the position of salaried academics who can go to as many conferences, or collaborate on as many journal articles, as they like, without that affecting their income. If you want an indie researcher to run a seminar for you, you should pay them for their work. If you want them to speak at a conference, at the very least offer them a free place and expenses; they will still be giving their time for free, and they will be unable to earn any other income in that time.

Funders understand all this and are used to indie day rates – which are, after all, similar to the rates at which academics charge themselves out to funders. Even so, given the high cost of indie researchers, you’ll probably only want to build in a small number of days for them. But they should be able to get a lot done in those days, because many indie researchers – and certainly the good ones – are highly skilled, focused, and very productive.

It is true that a minority are not so good, and you do need to perform due diligence. Ask for a CV, with references; follow up the references, and spot-check a couple of items from the CV. If the independent researcher hasn’t been independent for long, it would be worth quizzing them about their intentions. Due to the economic climate and the casualisation of academic work, some people are setting up as independent researchers in the hope of earning a few quid while they’re searching for salaried employment. It won’t help your research plan if, by the time you secure funding for your three-year project, the indie researcher you chose for your team is now a full-time lecturer at the other end of the country.

Talking of lecturing, independent researchers can also be useful for all sorts of teaching, whether a single seminar, a module, or PhD supervision. HE students at all levels are usually fascinated by the perspective of indie researchers, who often bring practitioner experience as well as real-world research expertise. Sadly, university finance departments are not always helpful, as they can expect independent researchers to join the payroll for as little as, say, one day of work a month over six months. This is not economically viable for indies – I’ve turned down work offered on this kind of basis – so you will need to make sure you can navigate your internal finance systems effectively.

Independent researchers can also come in handy when you experience personnel problems. You know the kind of thing: you’re most of the way through a project and a key person goes off on maternity leave, or gets a job elsewhere, or decides to move abroad. There is still data to analyse or writing to be done and the department is maxed out. But you’re clearly heading for an underspend on that person’s costs, so if you know some good independent researchers, pick up the phone. One or more may well have the skills and capacity to help you meet your deadline.

This blog is funded by my beloved patrons. It takes me around one working day per month to post here each week. At the time of writing I’m receiving funding of $12 per month. If you think 4-5 of my blog posts is worth more than $12 – you can help! Ongoing support would be fantastic but you can also support for a single month if that works better for you. Support from Patrons also enables me to keep this blog ad-free. If you are not able to support me financially, please consider reviewing any of my books you have read – even a single-line review on Amazon or Goodreads is a huge help – or sharing a link to my work on social media. Thank you!