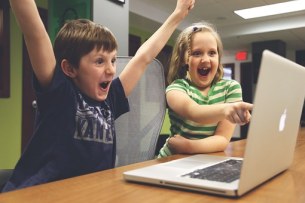 In Meredith Belbin’s terms I am a Completer-Finisher which means I love to finish projects. The term describes a team role rather than a personality type, though it goes with personality traits such as having high standards (yep), being conscientious (yep), and anxiety (yes, though not to a debilitating level). Attention to detail is a feature of completer-finishers which is probably why I made a success of being a freelance proof-reader and copy editor for some years before I became a researcher.

Over the last few months I’ve been collaborating with Dr Janet Salmons (aka @einterview) from Boulder, Colorado, on a book called Publishing From Your Doctoral Research which will be published by Routledge next March. Janet, too, is a professional writer, who has produced some excellent books about online research. Like me, she is fascinated by methods and ethics, so we have a lot in common. We’re almost done with the manuscript of our book and had a Skype meeting last week to plan the final stages. Janet is dealing with all the tables and figures, the chapter summaries and good practice points, and reviewing the exercises and reflective questions that we have set. I have been dealing with the overviews, illustrative case studies, and the referencing. These tasks have involved pulling out each of these elements from the individual chapters into a Word document of their own and then reviewing them for consistency. This is an amazing way to spot glitches. For example, we realised our chapter overviews varied in length from 71 to 922 words. That’s such a big variation that our readers would have been likely to notice – or at least to pick up a sense of inconsistency, which is not what we’re aiming for. On the other hand, I don’t have the perfectionist/obsessive tendencies that can be the downside of the Completer-Finisher, so I didn’t think we needed each overview to be exactly the same length. We agreed that 300-500 words would be about right. Then we had a chunk of work to do to make that happen, adding to some overviews and deleting from others, which meant figuring out whether we could swap sentences between each overview and other places in that chapter or whether we had to gain new words or lose old ones altogether.

We have spent the last few days in a finishing frenzy. Emails have been hurtling back and forth at speeds hitherto unknown to science. I don’t know what Janet’s Belbin role is but I figured she was probably a Shaper. I ran this past her and she said yes and she also thinks we are both Plants because we’re creative and undeterred by obstacles. Makes sense to me, particularly as Plants work well alone on the whole, but also benefit from collaborating – that’s us both to a T! We’ve collaborated with each other before and she’s a joy to work with: responsive, inventive, diligent. It’s not easy, though, for either of us. We have to keep an eye on the whole picture (‘here’s the latest word count’) and the tiny details (‘can we think of a better title for our case studies?’) all at the same time. This makes your brain hurt. We have had the occasional version control problem, which is almost inevitable at this stage if you’re working at speed, and the odd thing has been overlooked here and there. Luckily we’re both forgiving of each other’s flaws and disinclined to sweat the small stuff.

All I really want to do is get the book done. It’s irritating to have to stop to do things like eat and sleep and answer emails. Hang on a minute, though – wasn’t I just claiming not to have obsessive tendencies? Oh… But I do stop for food and rest and correspondence! So… yeah. OK. You can stop rolling your eyes now, I admit I can be a teeny bit obsessive. (Just as well Janet is so tolerant!)

On the plus side, we can easily put in a 16-hour day between us. When I start work in the early UK morning, Janet is sleeping sweetly in her cosy bed. When she starts work, first thing in the US morning, it’s the afternoon here. We overlap for a few hours when we can Skype and whizz emails back and forth, then I knock off for the evening and Janet carries on into her afternoon. When I get to work the next morning there will be new emails from her, and by the time she gets to work there will be new emails from me. We both find that this is a very efficient and effective way of working.

In some ways it’s a bit odd having a sprint finish at the end of a marathon. I find it helpful, though, because otherwise it can be hard to let go. I have experienced that with my sole-authored books before. I don’t foresee any such problem with this book, perhaps partly because it’s a collaboration. When collaborations work well, as this one has, it’s so encouraging. Janet and I both feel very positive about this book; we think it will offer information, advice and guidance that late-stage and post- doctoral students really need but often struggle to find. It’s almost as if she and I are racing neck-and-neck to the finish, though we’re racing together rather than against each other. And that is what would make me drag my feet if anything could. I won’t be sorry to see the back of the book, but I will miss working with Janet.

This blog is funded by my beloved patrons. It takes me around one working day per month to post here each week. At the time of writing I’m receiving funding of $26 per month. If you think 4-5 of my blog posts is worth more than $26 – you can help! Ongoing support would be fantastic but you can also support for a single month if that works better for you. Support from Patrons also enables me to keep this blog ad-free. If you are not able to support me financially, please consider reviewing any of my books you have read – even a single-line review on Amazon or Goodreads is a huge help – or sharing a link to my work on social media. Thank you!

2 thoughts on “Collaborating Through A Book-Finishing Frenzy”