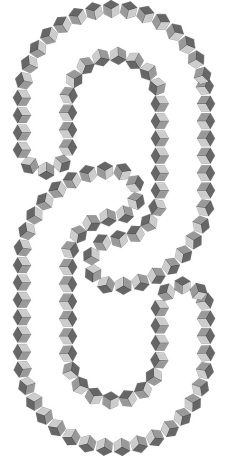 I only know one person, now, who shares Facebook posts saying things like ‘share this post and your dearest wish will come true by midnight’. I haven’t seen a really horrible digital chain reaction (“share this or one of your friends will DIE”) for a long time. Most digital chains seem to have morphed into forms of niceness, particularly among women, at least in my corner of the cybersphere. But I still don’t pass them on.

There are several reasons for this. First, there is already way too much noise on social media. It’s very rare that I will even share a petition I sign, though those signatures are sometimes prompted by others’ shares. More often they’re prompted by emails direct from organisations such as 38 Degrees and SumOfUs. I’m happy to receive those emails because I support the work of those organisations. I’m also happy to sign most of the petitions. I get increasingly fed up with the resulting shouty webpages NOW SHARE ON SOCIAL MEDIA TO TRIPLE YOUR IMPACT (no) THEN GIVE US SOME MONEY INSTEAD YOU TIGHT GIT (also no). (I don’t think the wording of the latter is entirely accurate, but that’s how it comes across to me, particularly as I’m already a monthly donor by direct debit.)

We all get too many emails. I got one recently asking me to send one of my favourite poems to the woman at the top of the list, add my name to the bottom, forward it on and in a few days I should receive a bunch of lovely poems to read. Wouldn’t that be nice?

I love reading poetry; I read at least one poem most days. I support poets by buying and reviewing their books, particularly those by contemporary women, often women of colour. I don’t want to read a random selection of poems that other people like because the odds are I won’t like most of those poems. I may not even be able to read them all depending on the language of a sender’s favourite poem. (There seemed to be a tacit assumption in the email that everyone would send poems in English, which seemed a bit odd; I don’t think it would necessarily be the case.) And what about intellectual property? Do we have the right to share whole poems by email if they’re still in copyright?

I already get far too many emails from people I don’t know. I don’t want more, even if they include poems.

Then there’s Twitter. Last week a Twitter chain broke out saying ‘Amplifying the voices of at least 10 women who are amazing in so many ways… and keep it going.’ Then a list of 10 twitter handles of women. No doubt all of those women are amazing in many ways, but I do not understand how listing people on Twitter amplifies their voices.

If I want to amplify the voice of an amazing woman, I will listen to or read her first, then do what I can to amplify her voice: pass on her wisdom to others and tell them where it came from, share her work online and explain why I’m doing so, review her books, go to her exhibitions or gigs or other events whenever I can, review those too, and so on. Here’s a recent example:

Ooh!! I will be buying this second edition. Found the first edition so useful and informative and readable. Highly recommended for anyone interested in #Indigenous #research https://t.co/Yf5Un9DjlM

There is something quite knee-jerk and thoughtless about the list approach which was exemplified by one tweeter this week including the name of a woman I knew from several projects and conferences and many online chats, and respected and liked very much, who died in March 2019. She was an enthusiastic adopter and user of social media and, although I’ll never know for sure, I suspect she would have shared my misgivings on this topic.

Also the ‘amplifying the voices’ tweets are quite honestly, like most lists, boring to read. They remind me of the late unlamented Follow Friday. I would rather work to create interesting content for my followers, or just chat with people about whatever is on our minds.

On any platform these chains are a gift for hackers, spammers and bots. Also they are unsustainable. Like pyramid selling, their growth is exponential so they can’t go on indefinitely. If everyone joins in they will work for a while, which probably helps to explain their enduring appeal through the principle of partial reinforcement (variable-ratio for the psych majors out there – it’s what keeps people gambling even though they mostly lose). But not everyone will join in. Like me, for example. I used to, with the nice ones, but I found they didn’t lead anywhere. So now I don’t.

The weird thing is, I still feel a bit churlish. Like a grumpy old party-pooping woman. Even though I have lots of coherent reasons for not doing digital chain reactions. Maybe it’s because of the niceness overlay. Share petitions on issues you care about! Send people poems! Amplify voices! How can you refuse?

Increasingly, I find I can. Join me? We have nothing to lose but our chains.

This blog, and the monthly #CRMethodsChat on Twitter, is funded by my beloved patrons. It takes me at least one working day per month to post here each week and run the Twitterchat. At the time of writing I’m receiving funding from Patrons of $52 per month. If you think a day of my time is worth more than $52 – you can help! Ongoing support would be fantastic but you can also make a one-time donation through the PayPal button on this blog if that works better for you. Support from Patrons and donors also enables me to keep this blog ad-free. If you are not able to support me financially, please consider reviewing any of my books you have read – even a single-line review on Amazon or Goodreads is a huge help – or sharing a link to my work on social media. Thank you!

4 thoughts on “Why I Don’t Do Digital Chain Reactions”