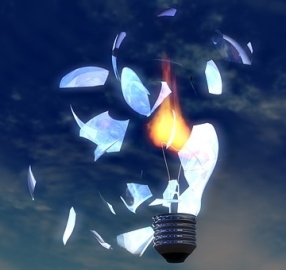 Last week I wrote a post begging established academics to keep their promises (or not make them in the first place). This started some interesting conversations with academics and independent scholars across Twitter and the blogosphere.

@DrHelenKara I feel very angry on your behalf! I suspect many just forget & needed nudging. But regardless, NONE of the circumstances are acceptable!

@PWGTennant Bless you, that’s very kind. I wouldn’t mind so much if they replied to the nudges! It’s not just me, though; so prevalent 😦

@DrHelenKara There really is no excuse if you reminded them and they still ignored you! For me, that transforms it from ‘scatty mistake’ to ‘nasty’.

@PWGTennant Yet it has happened SO OFTEN. I know academics are under pressure from all sides, but it does seem at best unnecessary.

@PWGTennant All it needs is a bit of thinking through. And academics are supposed to be good at thinking!

@DrHelenKara A bit of thinking or decency! That’s what makes me angry, that they forget and/or disregard the human behind every broken promise 🙁

Naomi Barnes, an independent researcher working towards a career in academia in Brisbane, Australia, shared her own experience.

@DrHelenKara I have lost substantial amounts of wage through broken promises. It needs to be said. CC @unicasual

Sarina Kilham, an academic from Sydney, Australia, made a good point about it being important for professionals to respect the value of each others’ time.

@DrHelenKara Oh yes. So relevant. Another is about respecting time.

@DrHelenKara As in, I’m not on a salary but thay doesnt mean my time is free. In fact, I’ve got to juggle it very carefully

UK independent researcher Anne Cummins commented on the original blog post, simply saying: ‘This has happened to me too.’

Deborah Brian, an indie researcher from Brisbane, Australia, had a real horror story to tell.

@deborahbrian Sheesh, that’s appalling! Way worse than any of mine.

@deborahbrian I’m beginning to realise that. And a horrible cumulative effect.

An anonymous Australian academic, who tweets from a locked account as @snarkyphd, said: “I hire 20+ casuals /yr. Am clear when I can’t make promises, but lose great people to those who promise the world + don’t follow through.” And then: “What I observe is tendency to make promises to twice as many people as realistic so you don’t end up short staffed later on. So frustrating.” (I can’t embed her tweets in this post because her Twitter account is locked, but I do have her consent to share her words here.)

Naomi Barnes, in conversation with academic career guide Jo VanEvery, came back with another example:

@DrHelenKara @JoVanEvery It is. Especially when you only work a few days a week. I used to like to fill all three days. Needed x amount work to cover the child care

Claudia Gillberg, a researcher in the UK and Sweden, broadened the debate further from her experience of living and working with disability.

@DrHelenKara It creates an even more precarious situation for #disabled indies. Knowledge production as an able-bodied privilege leads to omissions.

Around this time I caught up with last week’s post from the Research Whisperer, written by Dani Barrington, on playing the academic game. She identifies ‘compromising my own values and the wellbeing of others’ as a common part of the ‘academic game’, which seems to parallel these conversations.

The last comment on my own post, last week, was from Jenni Brooks who is a senior lecturer in sociology in the UK. She says,

Thanks for writing this Kara. It’s important (but I confess slightly uncomfortable) reading for me, as someone in a permanent academic job in a university.

I realise that I’m often enthusiastic when I meet someone doing good work, and yes, if I’d love to work with someone, I will say. I hope that’s always accompanied by a qualification if there’s a chance things may never happen, but it’s quite possible that it isn’t, and that I too have promised things I can’t keep (I do always reply to my emails though, I promise!)

Being relatively new to a teaching (as opposed to research only) post, I’m still coming to terms with the ‘students above all’ mentality that means other things get put on the backburner sometimes, even if I’d rather they weren’t. For example, I was meant to be writing a funding bid with a friend in another university recently which, because of marking and other deadlines, just hasn’t happened. Neither of our jobs depends on it, so we’ll just do it later.

I wonder whether this very thing that you talk about does make me wary of working with people outside of the ‘university system’ though, whether that’s researchers, charitable organisations, or ‘service users’ (or whatever other appropriate term). I’m aware of the imbalance in funding/job security, and yes, it scares me if I feel in some way responsible for making sure someone else is paid – especially if I’m not entirely sure of how the system works. I’m also aware that this can (and has, in the past) made me seem ‘cagey’, and in some way like I’m trying to ‘protect university resources’, or ‘not share’ in some way.

I’m not entirely sure what my point is, but just wanted to say how thought-provoking your post was. I can see I need to do a lot of thinking about how to be a good ‘academic citizen’ (is that a thing?)

I think it is a ‘thing’. Evidently, so do many others. To be fair, independent researchers and scholars also need to be good citizens and colleagues. But as with all power imbalances, it is those who have the power who need to wield it carefully.