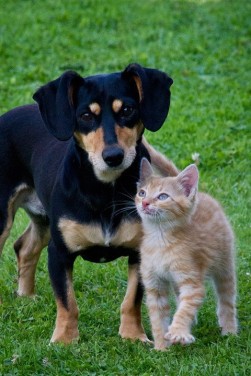 Calling academics! Do you want to be a useful ally to independent researchers? Then here’s how you can. No, wait, let’s start with why it’s a good idea. Independent researchers can add considerable value to academic research and teaching projects. We bring a fresh perspective, which can be useful to help disentangle problems that seem entrenched, or simply to provide a new view of a situation. We have time to think, because we don’t have to tangle with time-consuming internal meetings and university bureaucracy. And we are not limited in what we work on by managerial directives or departmental policy. Also, we are flexible and can sometimes help out at short notice, such as when a colleague has an unexpected leave of absence at a crucial stage in a project. One potential downside is that an indie researcher is unlikely to have the depth of knowledge in any one subject of a professor who has spent decades studying a single area. On the other other hand, indie researchers often bring a breadth of knowledge across several related areas, and are skilled in bringing themselves up-to-date fast in any area they haven’t worked on for a while.

Another reason it might be a good idea to support independent researchers is that, as the options for tenure in academia decrease, the likelihood of any academic ending up as an indie increases. So supporting indie researchers and scholars may prove to be an investment in your own future. An academic of my acquaintance told me recently that she wonders why staff at her post-92 university are regularly asked to give free support to universities in the much richer Russell Group (another structural faultline of academic inequality). She has decided to stop offering free training to other universities, whatever their grouping, because it affects the market for independent workers. Be like her!

So those are some reasons why it’s a good idea to use indie researchers; now let’s look at how they can be used. The three main ways academic departments use indie researchers are: as part of a team on a funded research project; to augment a teaching programme; or to fill gaps in capacity. Of course there are many other ways, from delivering a single class or seminar to providing years of doctoral supervision.

Here’s how to help make that happen.

One caveat: it is important to perform due diligence. Ask for a CV, with references; follow up the references, and spot-check a couple of items from the CV. If the independent researcher hasn’t been independent for long, it would be worth quizzing them about their intentions. Due to the economic climate and the casualisation of academic work, some people are setting up as independent researchers in the hope of earning a few quid while they’re searching for salaried employment. It won’t help your research plan if, by the time you secure funding for your three-year project, your nominated indie researcher is now a full-time lecturer at the other end of the country.

I hosted a lively Twitterchat about independent research for #ecrchat on 24 February, and was hoping to link to the resulting Storify from this post but technical problems have intervened. If we are able to storify the chat in future I’ll include the link here. I was also hoping to refer to the Storify for any points I may have missed, as I’m not at all sure the above list is exhaustive, so if you have any points to add, please include them in the comments below.

5 thoughts on “How To Become An Indie Ally”